Patience gets you paid what you’re worth.

Henry accepted 30% more salary for a job than he was initially offered. Acme Corp. ended up paying 30% more. (Yes, the story is true, the names are changed.) Five factors affected it. I mentioned four of them yesterday.

The five factors are:

Here’s how it happened.

Acme is doing well financially. Unfortunately finding highly skilled people for the job is difficult. Mediocre people earn Acme half the profit that a highly skilled person earns them. The resume proved that Henry was one of the top people in the country. The interview confirmed it. The initial offer was flat out rejected by Henry. Acme looked around for weeks and couldn’t find anyone of that caliber. In the meantime Acme was being hurt by waiting to fill the position. Acme and Henry got together again and came to an agreement.

A very important step was proving how much Henry was worth. First we used the resume, then the interview. The resume gave absolute, ironclad, irrefutable proof that Henry was one of the best in the country. We gave verifiable production numbers as well as comparisons to everyone else in his old company.

In the interview the figures were repeated. Henry also interviews extremely well.

Last of all, Henry rejected a low offer. He waited without being offended. After a few weeks it became obvious the company made a mistake. Henry got his offer at a number he deserved.

You need to make a list of things you have accomplished that prove how much you can be worth to your next company. If you absolutely prove you will be worth twice what anyone else is, you too will get a lot more money.

The next article is about how to radically increase your interview effectiveness. I’ll give you three things you can do to prepare for interviews. Things that could get you 10% more money.

Can you prove how much you are worth to your company? How many customers did you bring in or save? How much profit did you generate? How much money did you save the company?

Some people object to my open and honest style of negotiating. They tell me that Texas Hold ’em is the ultimate negotiating style.

Someone starts out feeling like they pulled off a quick trick on the other guy. What’s next? Do you want to pull another trick? Stick it to them again? Bluff them? Intimidate them?

Do you really want to start a job with those attributes pinned to your shirt?

In this salary poker game you have some cards only you can see. You share some more cards with all the players. You put on a personality at the table. You try to look as harmless or intimidating as possible. When you get your cards you do your best to give small signals of fear, lust, greed or anger. You design your signals to trick your competition into doing something foolish. If you have a great hand you try to appear weak so others will bet stupidly high. If your hand is weak you consider bluffing and making others think you are much stronger. Or you fold and stop betting. You wait for a better hand.

In poker there is only one winner. You are out to defeat everyone else and amass all the chips. It is a game for the proud, powerful, greedy, deceptive and analytical folks. Sure, it can be played for penny ante with friends, but that is not how the game of legends is played.

I don’t gamble. I don’t like tricking the other guy. I put all my cards on the table and try to figure out what will work best for everyone.

Place your bets and play your cards.

Time to write your accomplishments for the week and month in your job journal. Make a report for your boss that gives him all the information he needs for his reports to his boss.

“I am earning $115,000 per year. But I don’t want to be a food scientist anymore. I want to be a Java programmer. I’d like to earn about the same salary, but I’d consider less. Maybe $80,000 per year. I also want to move to Pennsylvania. I don’t like Texas. I almost got a PhD degree so I am sure someone will want me. Can you find me a job?” 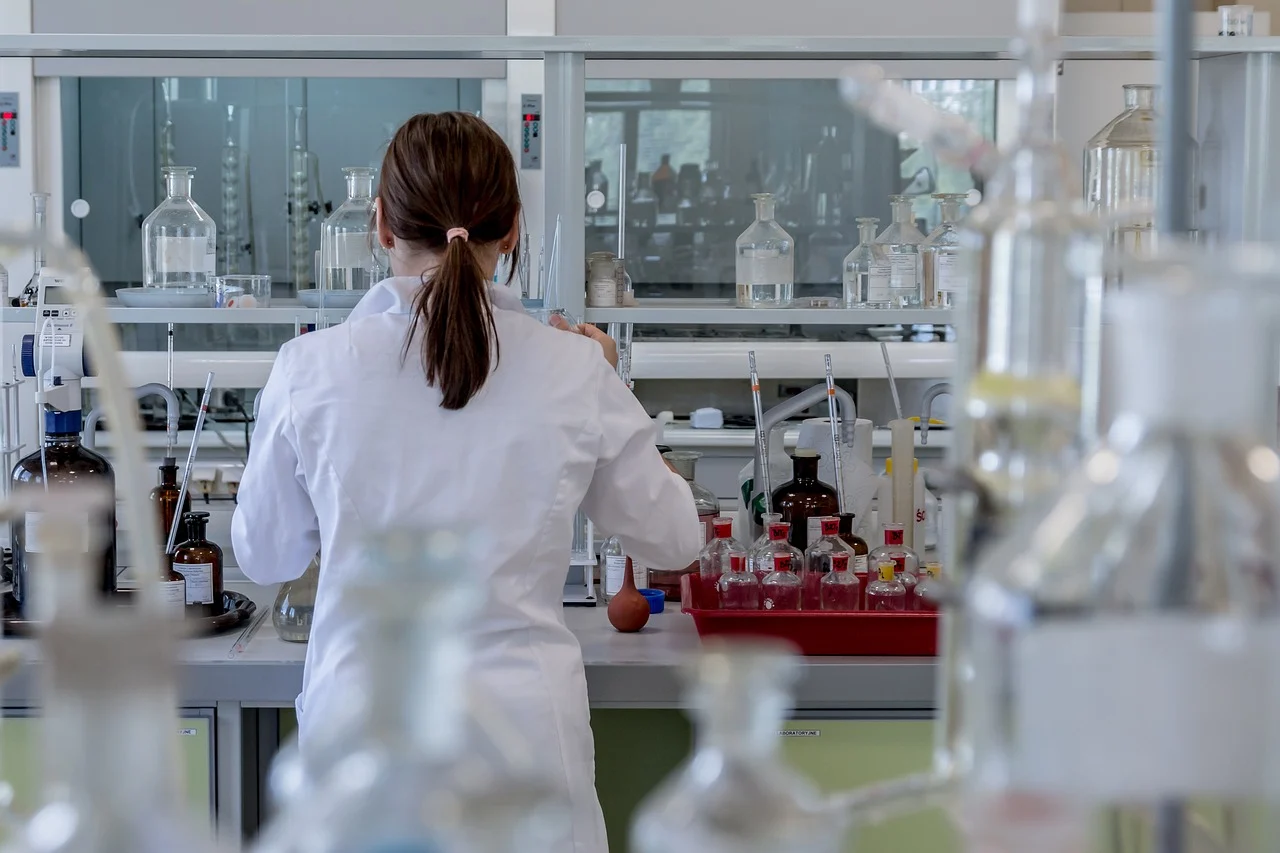 At that time Java programmers with 2 years experience were earning $60,000 per year. They had no Java experience. They were studying it. Their goal was to get certified and then move to their new career. Their degree was unrelated to programming. Dropping from $115,000 per year to $80,000 per year seemed to them to be a sure way to interest an employer. I had to let them know that they weren’t worth anywhere near that as a programmer.

Their problem was that they wanted to be hired at top dollar before they had a track record. And, yes, he did get hired. Just not at those terms. They realized the reality of the situation.

No employer can stay in business when they overpaid their employees. If their expenses are high, they have to charge more. Then their competitors take all their customers away. No customers, no business, no jobs.

What about network technicians? If you can improve computer response time by ½ second per entry by 1000 clerks, you can save $100,000 per year for your company. If you can keep the computers of 1000 clerks from going down for 10 minutes each week, you are saving the company 166 man hours per week. That will allow them to save the wages of 4 clerks. A great network technician is worth much more than the one who allows network problems to continue. The ugly fact is that a great network technician is only paid 2 or 3 times what a barely acceptable one is paid, yet his contribution is 10 times greater.

You need to document what makes you great. Present it to your boss when you do it. When you are looking for a job, put dollars produced and saved in your resume. If you prove you are worth more than you are being paid, there will be less resistance to paying you more. Prove you are worth ten times more, then accept wages two or three times higher. It’s ugly, but that’s the way it works.

Think about what work you have done over the last week or two. What are a few things that can make you worth 10 times more?

How much do we have to pay you? – The correct answer

It’s your first interview.  Things are going well.  The wall clock says you’ve been here 45 minutes.  That’s good.  Then the hirer sits back in his chair and asks, “How much do we have to pay you?”

This can be a disaster.  If you come up with too big of a number, they won’t hire you.  If the number is too small you won’t earn as much as you could.  Is there any way to win?

Your answer needs to show a great attitude.  It can’t sound like you are greedy.  It must leave the door open for negotiations.  It has to get you a job offer so you can really start negotiating. Try this:

“I really like the opportunity you have described to me.  This is a great company.  I would love to come to work for you.  In my last job I earned (amount), I certainly wouldn’t want to work for less.  What I would like… is to be able to entertain your best offer.”

Show them your attitude first.  Let them know you like the company and the job.  Give them the historical fact of what you last earned.  Then defuse the question by saying you want to see their best offer.

This line works.  Most of the time they’ll stop asking you for a number. If they ask you again, repeat the line. Eventually you’ll be negotiating wages, but try to put it off until they really want to make you an offer.

Put this question and answer down in your interview preparation notes.  Practice saying it five times before every phone interview or in-person interview.

Salary negotiation and gender judo for women (and men)

Women have to be careful how they ask for a raise.  Sorry, there are just some prejudices that can cause trouble.

In this article they give several salary negotiation tips that work great for women, and also great for men.

What to do the first time salary is mentioned

“Will you work for minimum wage?”

Not a winning question when negotiating salary with an engineer.

“Give me all your money!”

Probably not a wise gambit for any job interview.

At some point in your job exploration the question of money has to come up.  Asking a recruiter what the job pays is fine.  Asking what your pay will be in a phone or first interview is a mistake.  They may have been given strict instructions to only mention $50,000, but have been told that they can go to $60,000 for the right candidate.  That happens all the time.

When THEY ask you how much you must make to switch jobs, THEY are nervous.  So are you.  Here is an answer that works.  It doesn’t get you eliminated for asking for too much.  You won’t get paid too little for being too meek.  It leaves room for negotiating.  It gives them the information they need to make you a good offer.

The answer has 3 steps:

First the compliment.  This job and your company interest me.  I’d like to go to work for you.

Finally the rules.  I certainly wouldn’t want to earn less.  I would like to be able to entertain your best offer.

This works for minimum wage jobs and CEO salaries.  If they ask a second time, tell them the same thing.  Let them know that you feel it is the company’s job to make an offer, not yours.  You just tell them the facts about what you are earning.  That’s all.  You can negotiate AFTER they have decided to make you an offer.  Then you will have some leverage.

How to think about salary – do this.

First, what are you earning now?  Obviously you would take your current job for that much money.  You did.

Second, what do you really think you would be paid in a good but realistic situation if you switched jobs next month?  It should be a raise.

Third, if the ideal job came along, with you doing, learning and being exactly what you really want, with a great company and future, what is the least you would take to go there?  Is it a drop in pay?

You now have three different numbers you would work for.  So why should you demand to know what a job will pay before you find out which of the three possibilities it is?

Tomorrow:     Negotiating a salary at a new job – really negotiating

An ace who learned

Tagged getting an offer, salary negotiation